In the UK, burglary is one of the most common crimes committed with one happening every 108 seconds and 34 every hour. When you add it all up, that’s a staggering 816 burglaries each day!

Even more disturbing is that 3 in every 10 burglaries are committed while the occupants are actually home! That is 10 households every hour and 244 households every day potentially coming face to face with an intruder.

With statistics like these you can never be too careful when it comes to personal and home security. DoorJammer is the award-winning and police accredited portable door security device that can prevent unwanted entry to any room you are in and fast.

3 in every 10 burglaries are committed when somebody is home

DoorJammer’s patented steel design allows use on almost any inswinging door, even without a lock or handle, installing quickly and simply with the turn of a hand screw.

Weighing little more than a mobile phone and measuring under 11cm long,

DoorJammer is an easy to store, quick to grab and simple to fit device. 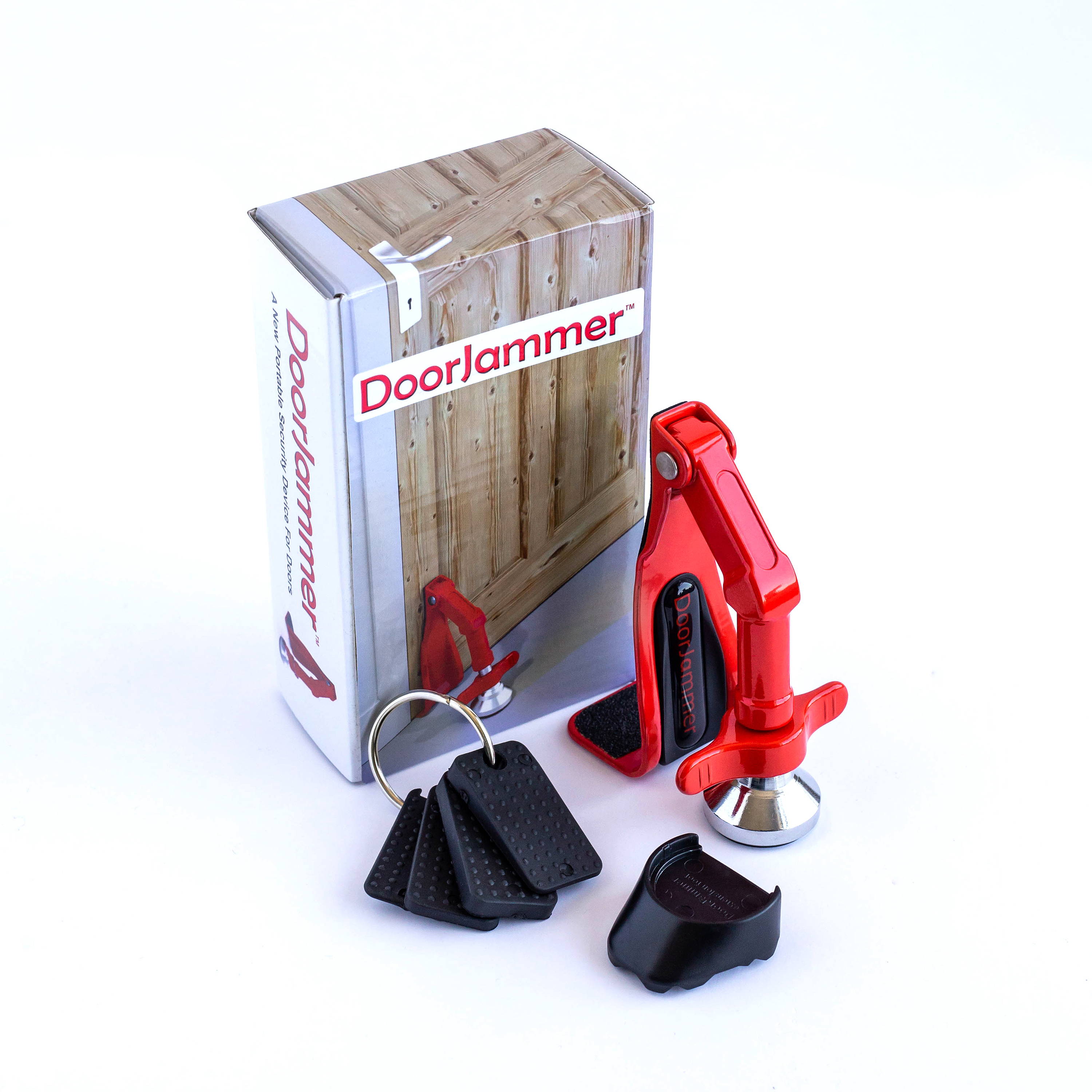 What’s in the box?

DoorJammer’s quality construction and patented design redirects force from outside of the door downwards and upwards, wedging DoorJammer firmly into the ground and the surrounding wall.

Simply Insert the flat part of DoorJammer all the way under the door below the handle (or where the handle would be) and twist the screw clockwise by hand until the foot is firm against the floor.

When you are ready to remove DoorJammer there is no need to release the screw, just pull the handle upward and DoorJammer will quickly lift away. 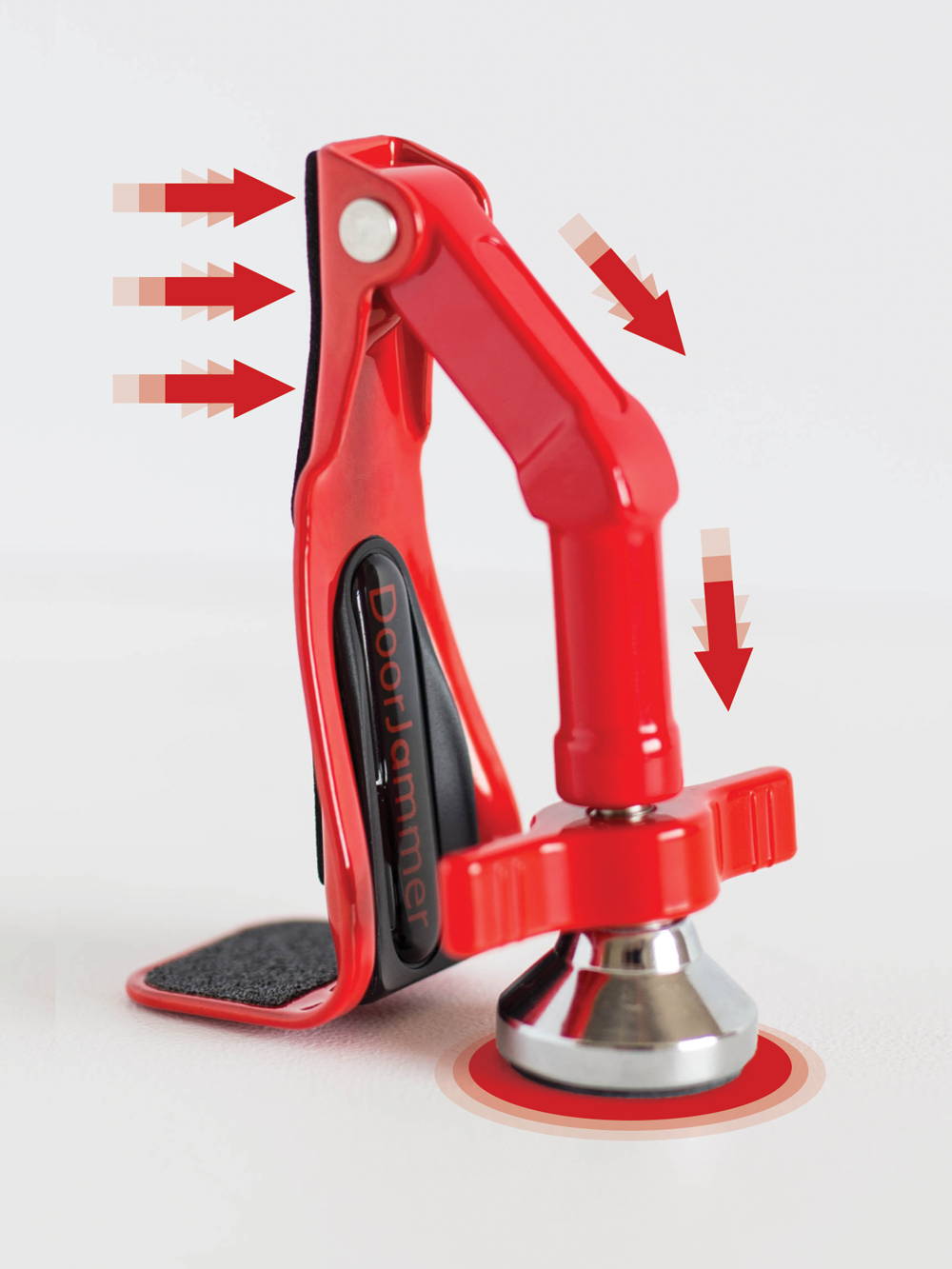 It is very small, can it really stop a person intent on getting in?

Yes! As the force applied to a door is redirected upwards through the door itself, the more they push the stronger it is!

Burglars are not as prepared with tools and equipment as you might think, many are opportunists and most burglaries actually happen in broad daylight. Statistics show that 21% of burglars don’t even have to “break-in”, doors are generally left unlocked and they simply walk in. If an intruder is in your home, getting yourself to a safe place should be your primary concern. Grab DoorJammer, go into a room and simply fit the device - within seconds you have created an impromptu safe room in your home.

DoorJammer has won double Gold and Diamond awards at the British Invention Show, Silver and Finalist awards at the National Hardware Show and International Housewares Association as well as achieving the PAS24 Impact Test Certificate from Winkhaus Laboratories and becoming Police accredited with Secure By Design.

Where did DoorJammer come from? 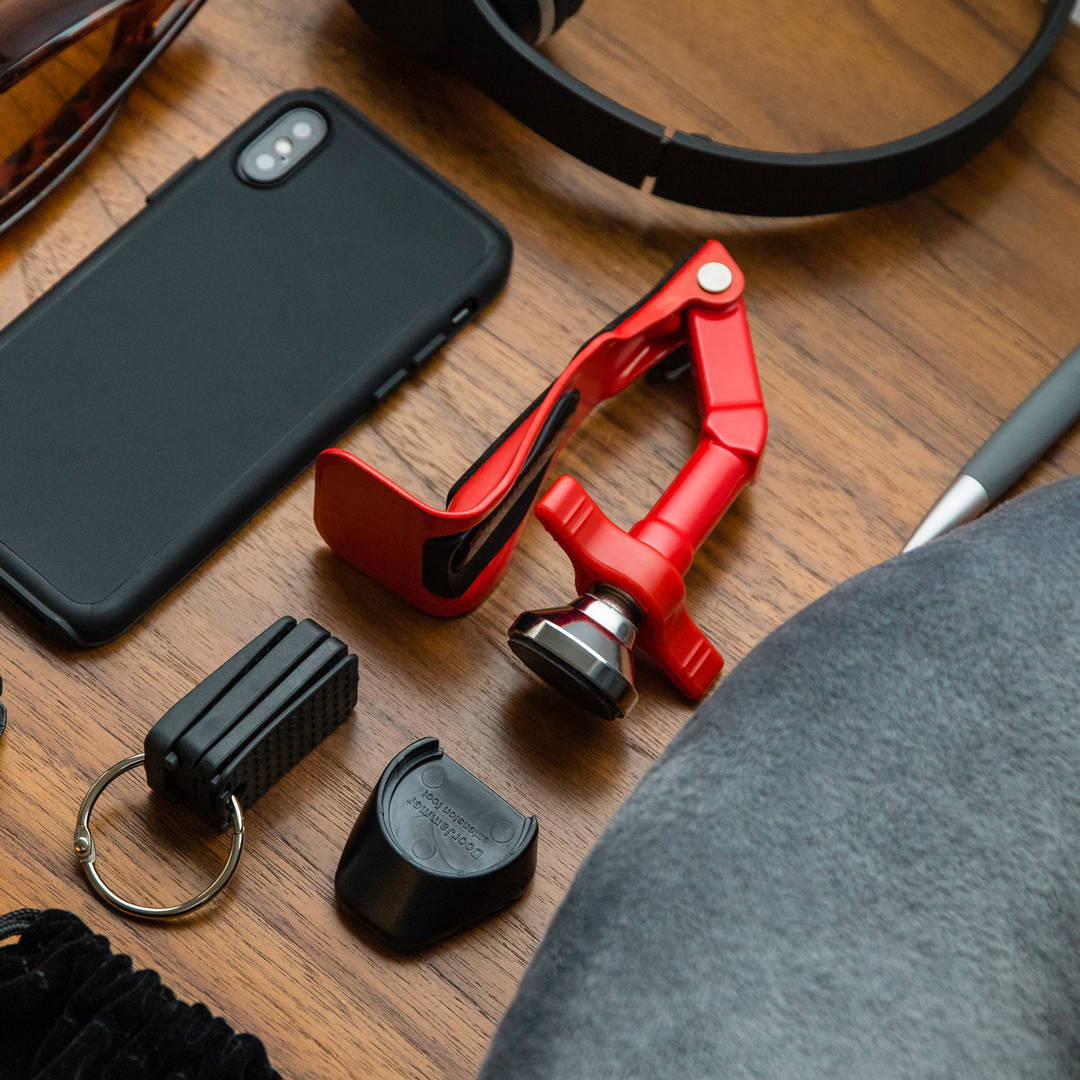 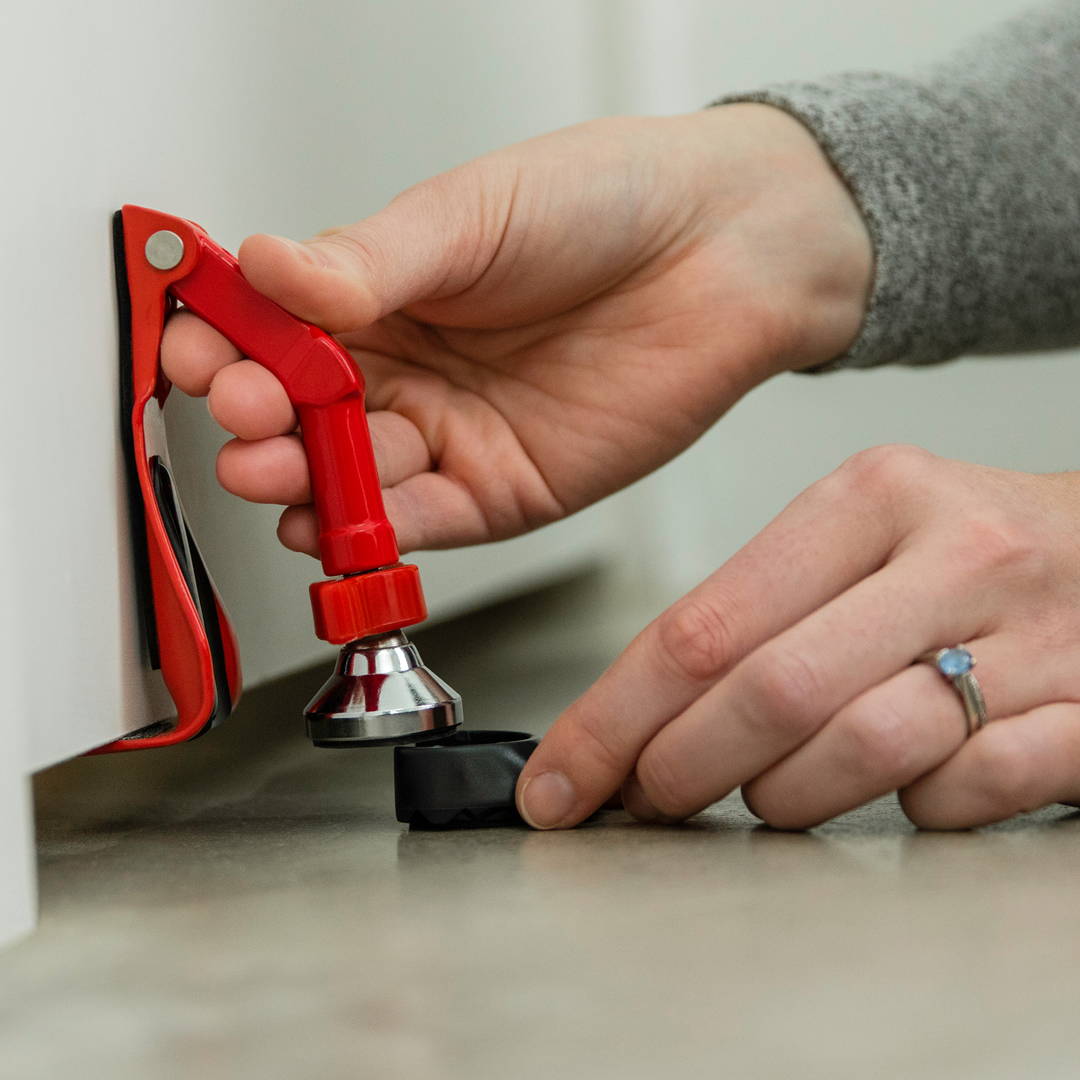 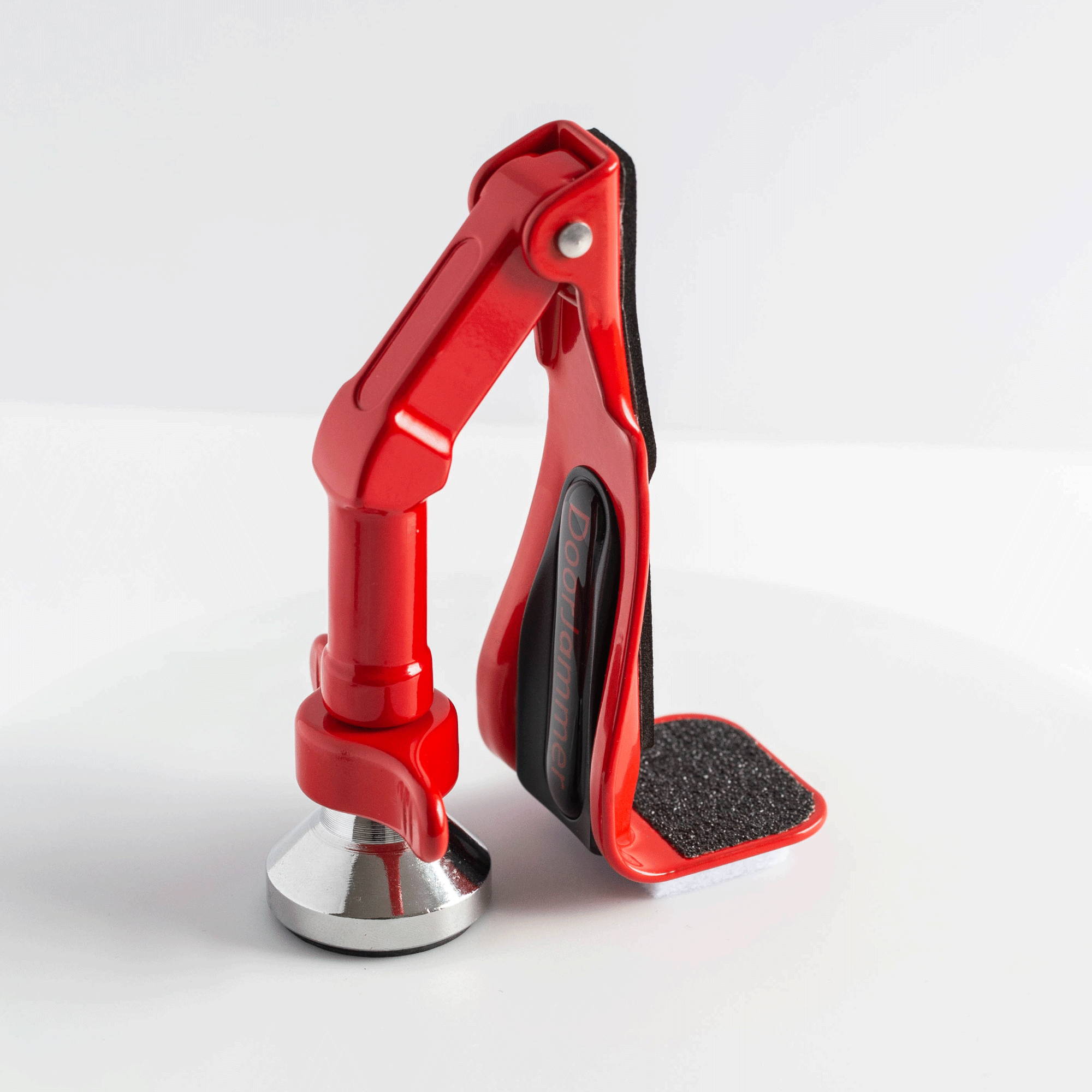 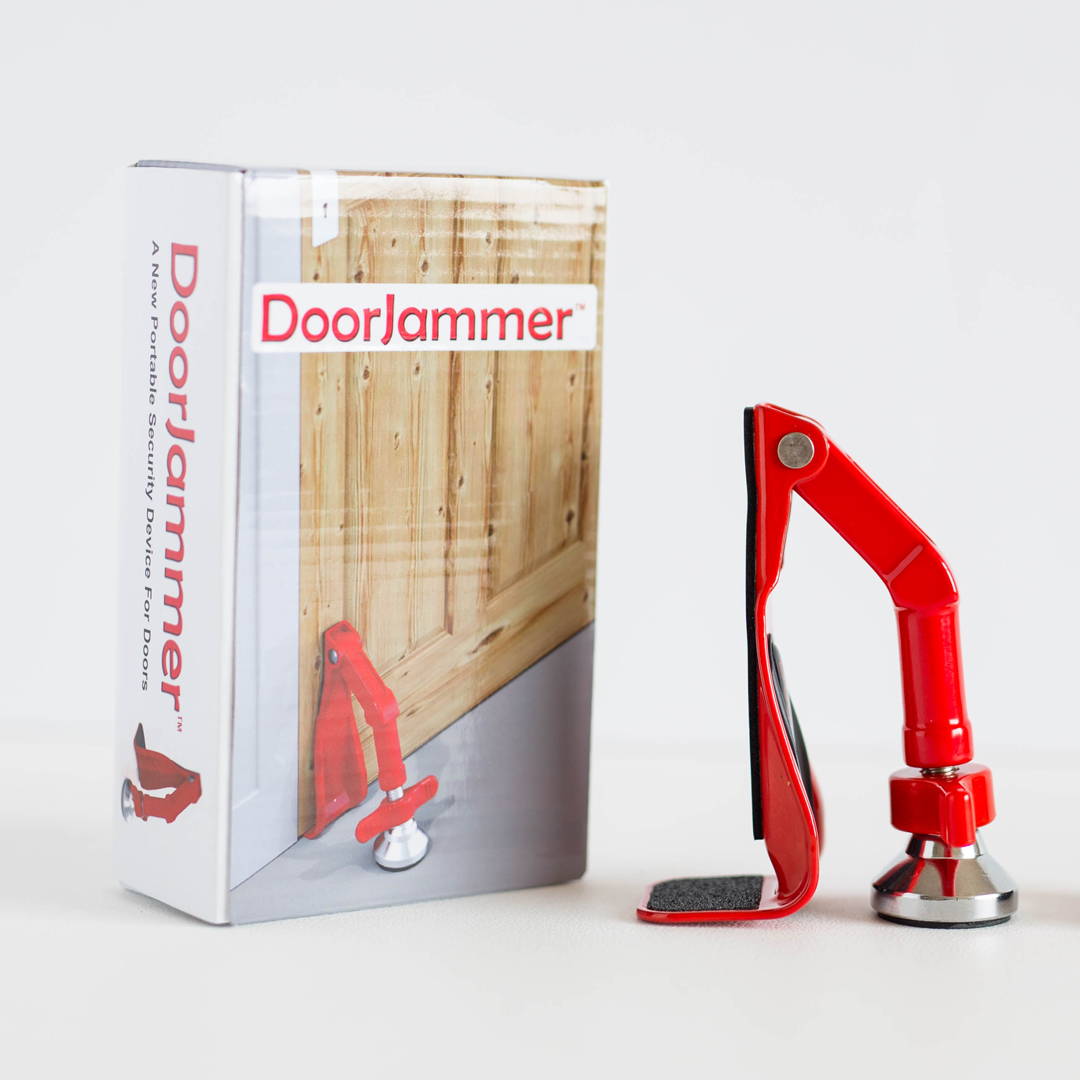 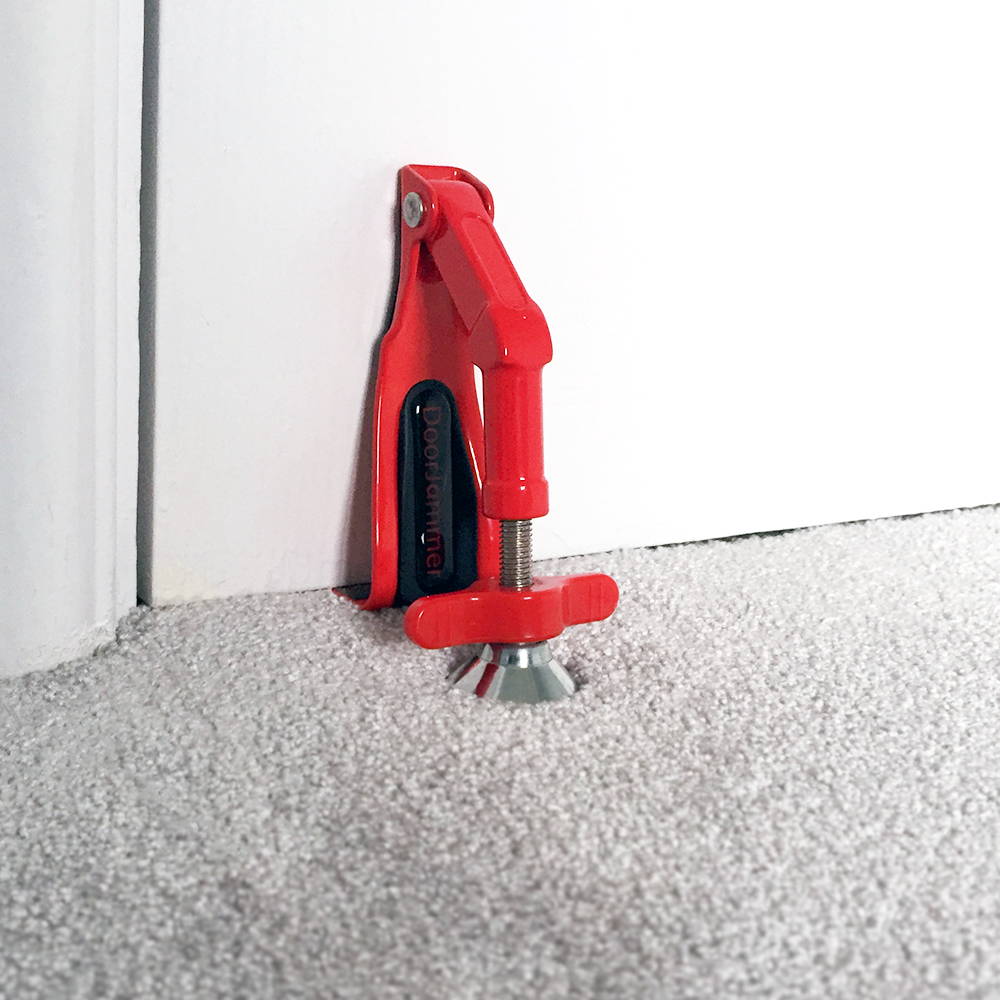 Why compromise with imitation when you can have the original.

DoorJammer is the perfect portable personal security device for: