We are the DoorJammer Corporation (Part of the Penn Elcom Group) and we hold the exclusive worldwide rights to manufacture, market and sell DoorJammer under a licensing agreement directly from Von Saint Designs.

Let us take you back in time…. DoorJammer was originally invented by designer Von Saint and like many excellent inventions, the idea was born from a simple need while he was on holiday in Mexico.

Upon discovering that his hotel room door had a broken lock, Von Saint was forced to hold it closed by wedging a chair against it which made him think "there must be a better solution to this problem".

Following this, Von Saint worked with the Penn Elcom Group to refine, manufacture and distribute DoorJammer all over the world expanding its application exponentially. No longer does it simply hold a door without a lock closed (although it will still do that). Now, its primary application is in the moment door security - holding any inward swinging door firmly shut even when under extreme force. 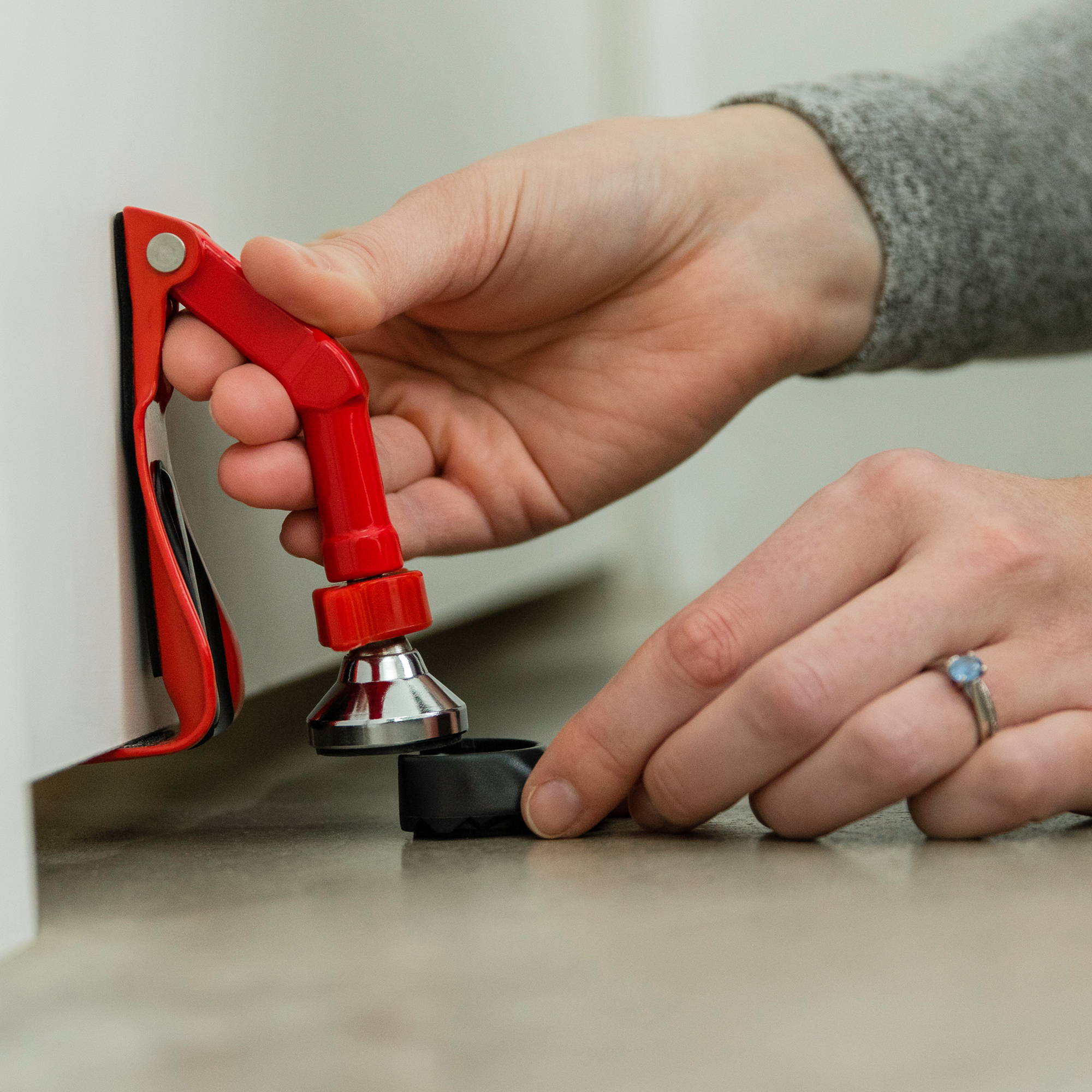 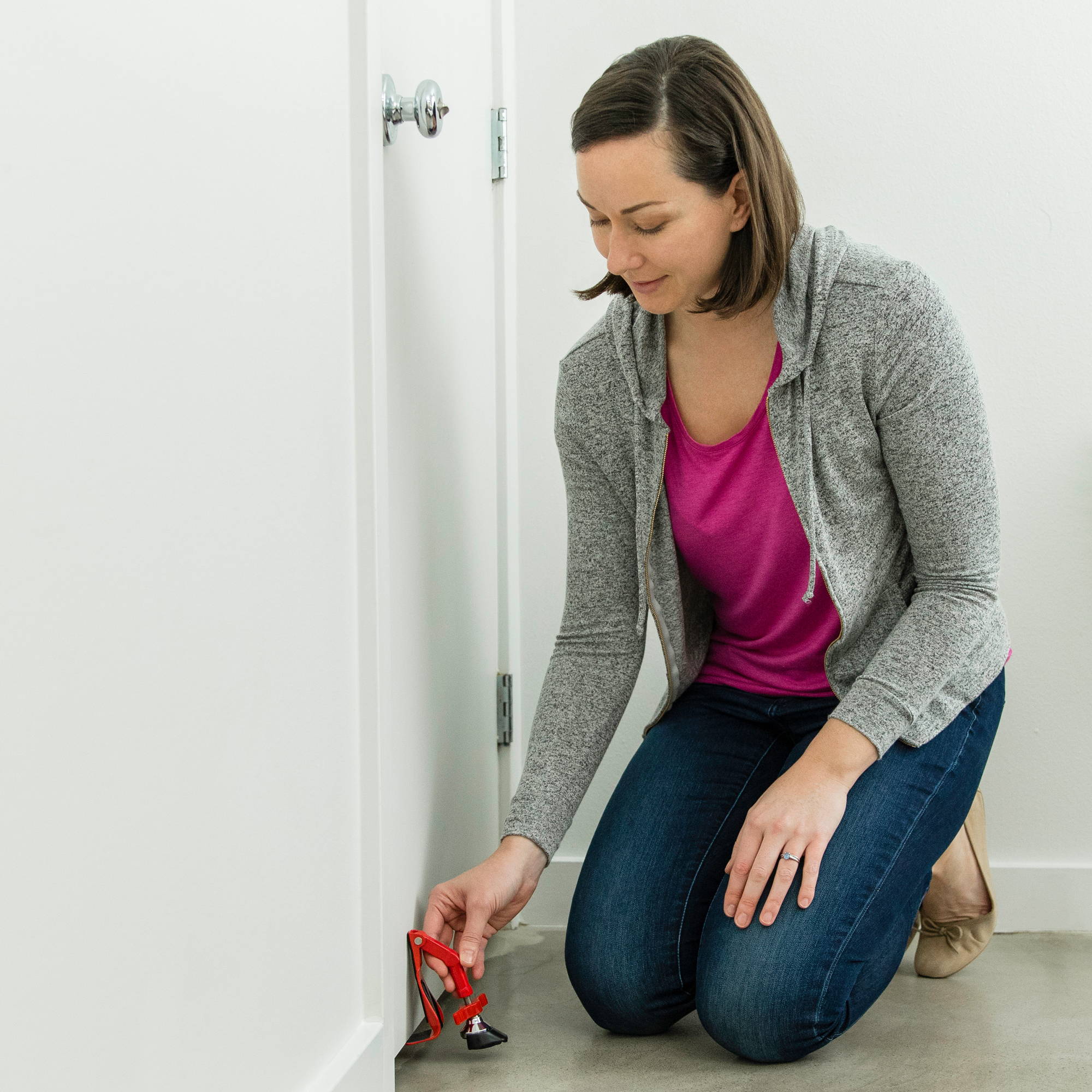 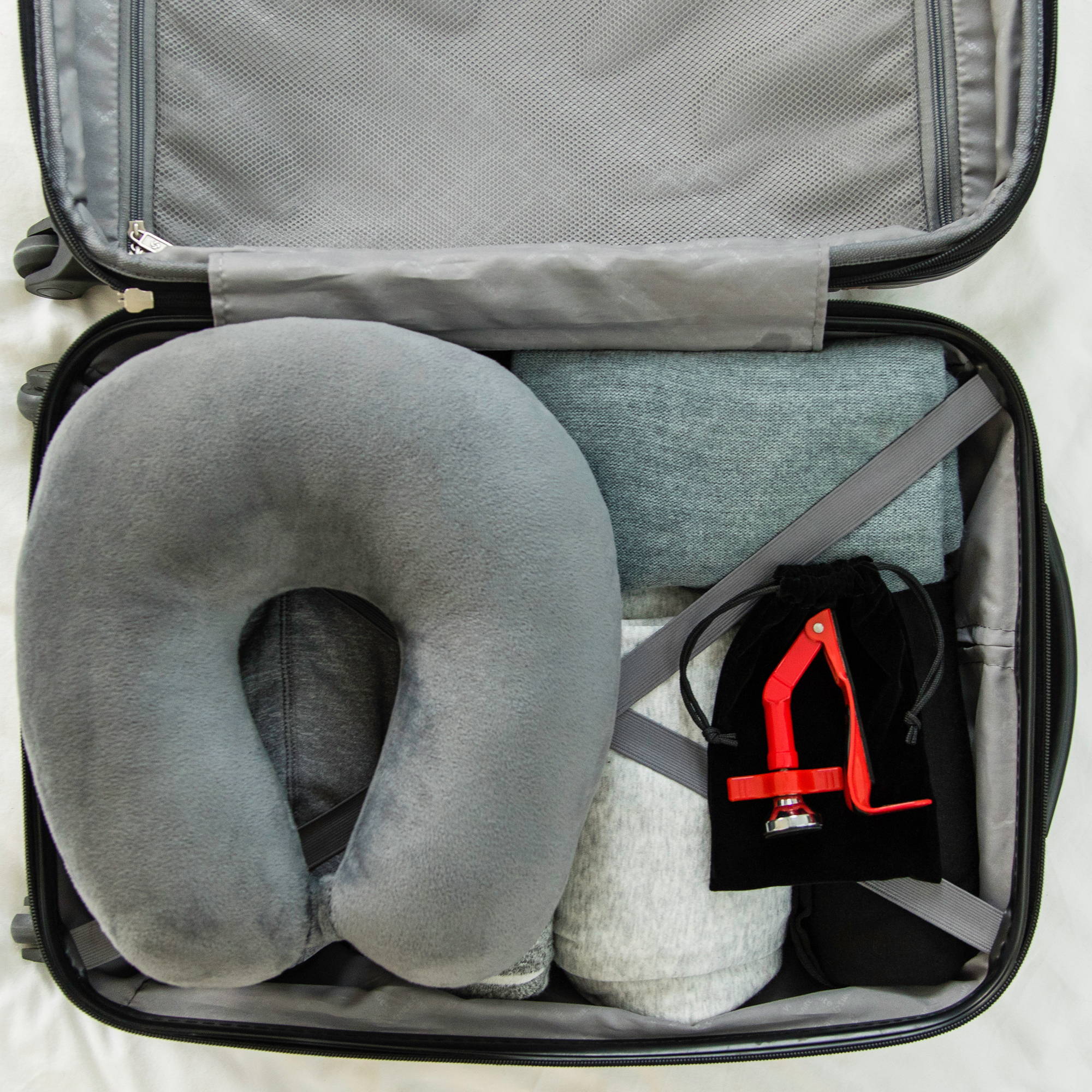 Over the years DoorJammer has more than earned its reputation as an award-winning and police accredited door security device that can prevent unwanted entry to any room you are in fast. Having sold more than a third of a million products and winning Double Gold and Diamond awards at the British Invention Show, Silver and Finalist awards at the National Hardware Show and International Housewares Association as well as achieving the PAS24 Impact Test Certificate from Winkhaus Laboratories.

The original Door Jammer and the Lockdown products are built to last and they are priced to be an affordable personal protection security device for everyone and they are the only security device of their type to achieve the police preferred specification SBD accreditation.

There are two key products in the DoorJammer range.

DoorJammer – The Original - A tiny piece of kit for big peace of mind.

Weighing just 210g and fitting in the palm of your hand, DoorJammer is perfect for travelling and keeping in a handbag or backpack while you are on the move.

It may be small, but it is mighty and not to be underestimated, withstanding the extreme pressures applied to a door when someone is trying to force it open.

Door Jammer lockdown weighs just 810g. Its strength comes from its quality construction and patented design, not from its weight. Force from outside the door is redirected downwards and upwards, wedging DoorJammer firmly into the ground and the surrounding wall. As the force applied to a door is redirected upwards through the door itself, the more they push the stronger it is!

Portable and versatile security devices for:

How to use a DoorJammer product

When you need to create a safe place DoorJammer is the security device you can rely on. To fit the device simply insert the flat part of the DoorJammer under the door below the handle (or where the handle would be) and twist the screw clockwise by hand until the foot is firmly against the floor - within seconds and in any environment, you have created a safe space.

When you are ready to remove DoorJammer you can simply pull the handle upward and it will quickly lift away.

Why compromise with imitation when you can have the original